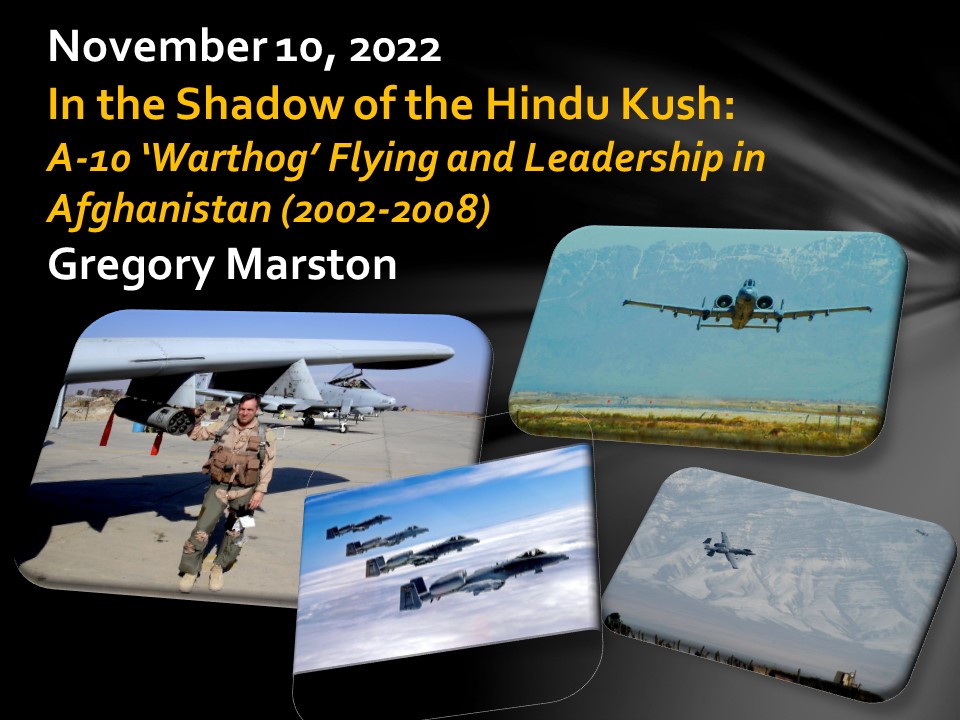 Colonel Gregory Marston was a graduate of the U.S. Air Force Academy in 1978. He graduated from USAF pilot training in 1979 and flew the A-10, A-37, OV-10 and C-141 aircraft in the active duty Air Force and Air National Guard. He has participated in four combat tours and has flown 80 A-10 combat missions in Afghanistan, Iraq and Kuwait. He has served as an A-10 "Warthog" Operations Officer, Squadron Commander, Group Commander and Wing Commander. In 2002-3 he commanded an USAF Group and the airfield at Bagram Air Base, Afghanistan. Under his leadership this unit flew over 1600 A-10A combat missions supporting U.S. Army Soldiers in Afghanistan. He commanded an USAF Group and Sather AB, Iraq from 2006-7. After Iraq he became the Director of Operations, Pennsylvania Air National Guard until his retirement in 2008. Concurrent with his military career, from 1985-2008 he was a pilot for American Airlines, becoming Captain in the Boeing 727; Airbus A-300, Boeing 757, 767 and the B-777. He completed his Master's Degree in Military History from Norwich University in 2019. He is married, has three children and lives near Doylestown, PA. His first book is, "Crisis in Baghdad" and his upcoming one "In the Shadow of the Hindu Kush: A-10 'Warthog' Flying and Leadership Early in Afghanistan." It will feature leadership stories of his command at Bagram and the accounts of A-10 pilots flying missions in Afghanistan from 2002-2008.