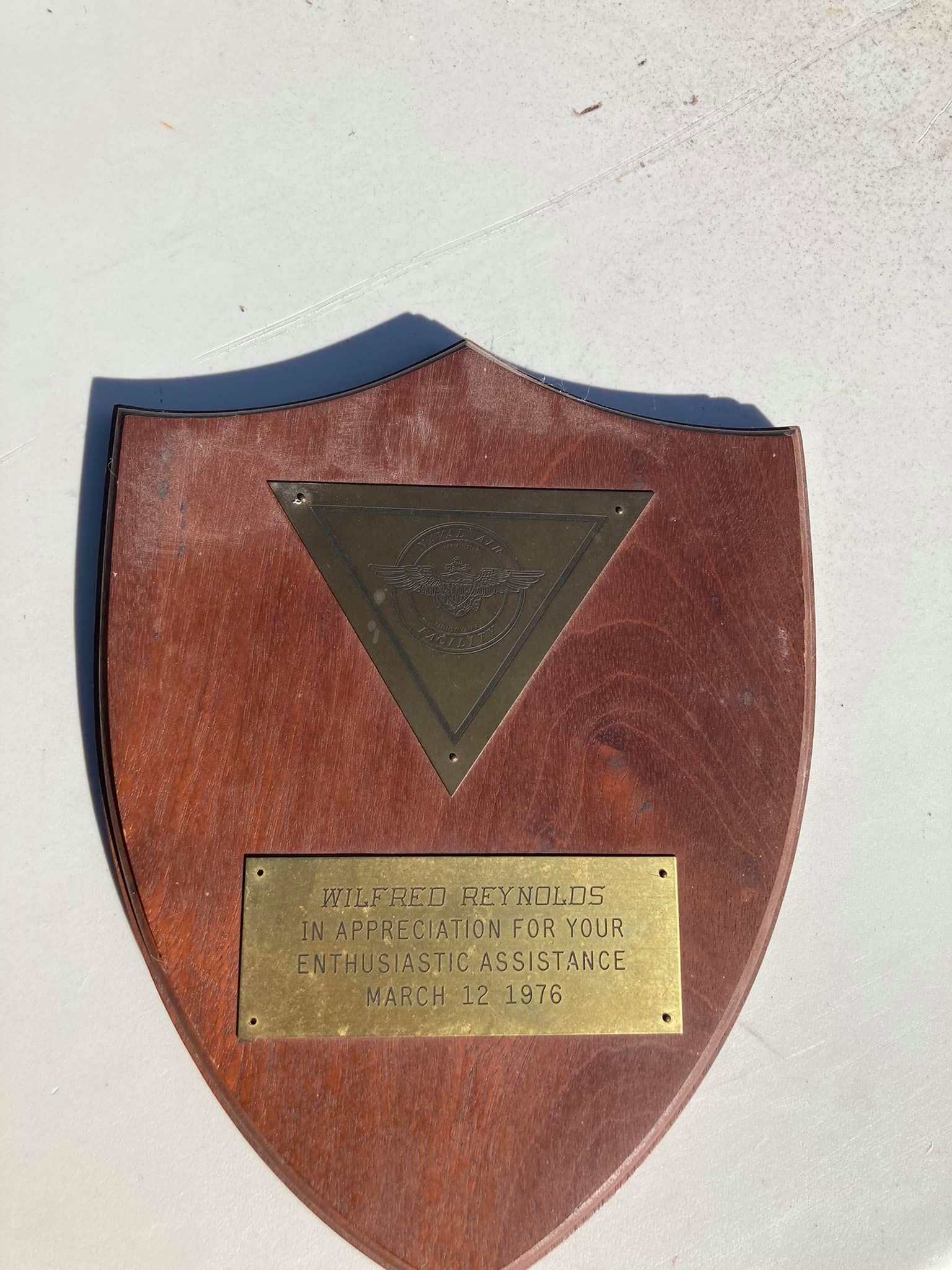 I was called out from the [NADC] Photo Lab to take a picture of the [crash] scene. They flew in a CH-53 (helicopter) and went up to take overhead pictures. I was hooked up to a gunner’s belt and leaning out the side door holding the camera with nothing below me but several hundred feet of air. Cmdr Stodert was the pilot.
David Polish - Nov. 2, 2021

[This is the] plaque my dad got when a plane crash landed in our field. What an exciting day it was! The pilot walked away without a scratch.
John Reynolds - Nov. 2, 2021

The plane was a drone called the XQM-93, a Schweitzer glider converted. Added a turbine engine with a prop. Tricycle landing geat. Wings carried jet fuel instead of water. Was able to stay aloft for 27 hours. (Admin note- according to Wikipedia, the Ling-Temco-Vought XQM-93 was a remotely piloted aircraft developed in the United States in the late 1960s and early 1970s for use as a communications relay in the Vietnam War. A prototype flew in 1970, but the program was abandoned without producing a service-ready aircraft.)
Walt Lichmira - Nov. 2, 2021