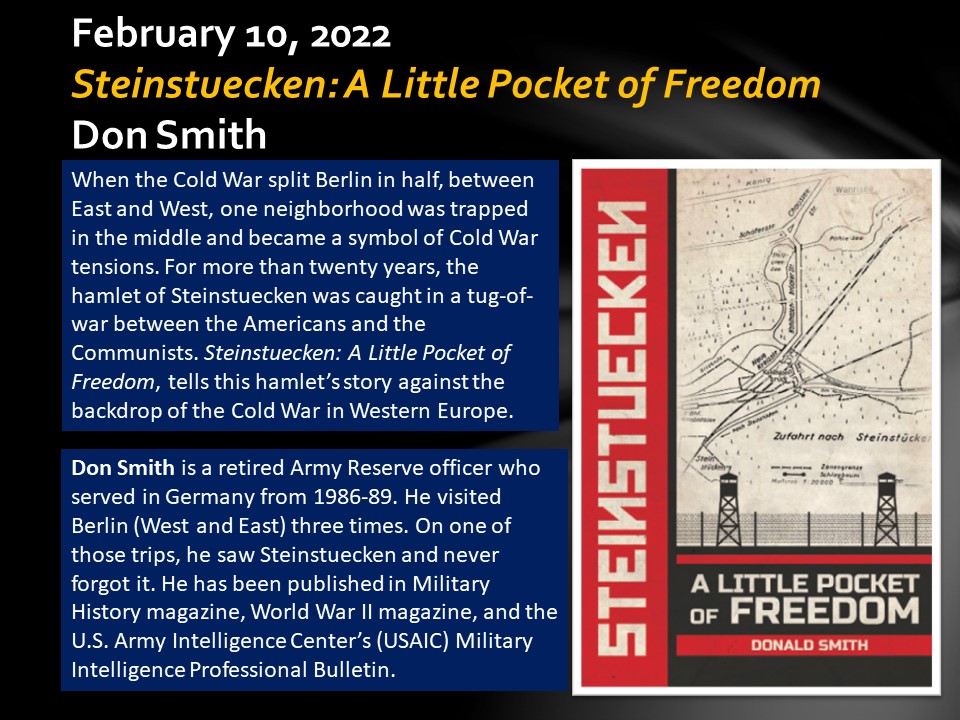 Steinstuecken: A Little Pocket of Freedom

When the Cold War split Berlin in half, between East and West, one neighborhood was trapped in the middle and became a symbol of Cold War tensions. For more than twenty years, the hamlet of Steinstuecken was caught in a tug-of-war between the Americans and the Communists. Steinstuecken: A Little Pocket of Freedom, tells this hamlet’s story against the backdrop of the Cold War in Western Europe.

Don Smith is a retired Army Reserve officer who served in Germany from 1986-89. He visited Berlin (West and East) three times. On one of those trips, he saw Steinstuecken and never forgot it. He has been published in Military History magazine, World War II magazine, and the U.S. Army Intelligence Center’s (USAIC) Military Intelligence Professional Bulletin.

Zoom link (note line opens at 7pm EST but program does not start until 7:30pm EST)